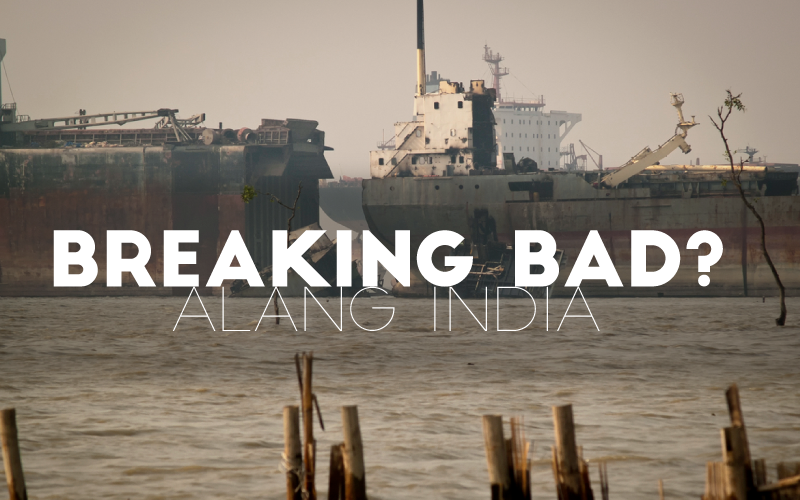 Alang is a census town in Bhavnagar district in the Indian state of Gujarat. In the past three decades, its beaches have become a major worldwide centre for ship breaking. The longest ship ever built, Seawise Giant, was sailed to and beached here for demolition in December 2009. The shipyards at Alang recycle approximately half of all ships salvaged around the world.[2] It is considered the world's largest graveyard of ships.[3] The yards are located on the Gulf of Khambat, 50 kilometres southeast of Bhavnagar. Large supertankers, car ferries, container ships, and a dwindling number of ocean liners are beached during high tide, and as the tide recedes, hundreds of manual labourers dismantle each ship, salvaging what they can and reducing the rest to scrap. The salvage yards at Alang have generated controversy about working conditions, workers' living conditions, and the impact on the environment. One major problem is that despite many serious work-related injuries, the nearest full service hospital is 50 kilometres away in Bhavnagar.more