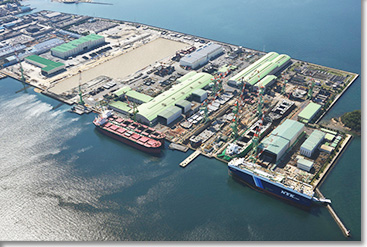 We have not received a review so far.

Since its establishment in 1917, Mitsui Engineering & Shipbuilding (MES) has provided trusted products and plants for the society. MES has 3 main business segment, which are Ship & Ocean, Machinery & Systems, and Engineering. Machinery & Systems segment mainly provides marine diesel engines and cran ...

Located in Tsuneishi, Numakuma-cho, Fukuyama-shi, a city facing the Seto Inland Sea in the eastern part of Hiroshima Prefecture. The new ship building division is equipped with one dock and one berth for shipbuilding, and its annual construction capacity is about 12 ships in terms of 82,000-ton-clas ...